I hope your week-end was wonderful. We spent our Sunday in sunny Seattle so I could attend the last day of the exhibit stop of the Sketchbook Project 2011.

I signed up last year after seeing lots of my artsy friends enrolling and thought that having a goal and a deadline would be a change I was willing to try. It was really motivating to share this with friends, encouraging each other along the way, sharing the blocks we were facing here and there on the road to finish it and sending it back to Brooklyn. 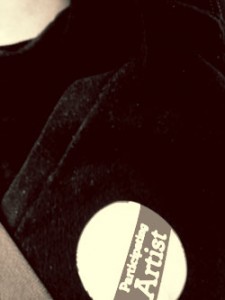 It was an amazing experience. Even if I had loooong periods of doubts, wondering why the hell did I sign up for such a big project, or if I will have enough inspiration to fill all the pages (I ended up glueing most of them together).

I knew a long time ago that the tour will come in Seattle for 3 afternoons and we planned to come down there months ago. But of course, I DID forget about it and the week-end got packed with invitations and stuff to do. My husband is the bestest (as you know now, lol) and agreed to cancel all we got scheduled for Sunday and spend the day in Seattle.

When we passed by the address on the street, I could not believe my eyes: there was such a long queue of people waiting on the sidewalk !!!
The space where the sketchbooks were was tiny so it was impossible to stay in (so happy it was a sunny day… which is as rare in Seattle than it is in Vancouver).
Unfortunately, I was able to check only 6 sketchbooks as the queue was forever growing. I was able to see the journals of Lisa Wilson and Carmen Hirkala: A-MA-ZING ♥♡♥♡♥ 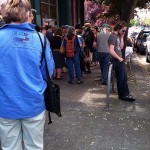 Here is how it works:

What happened is that most people went back in the queue directly so they could see the sketchbooks while waiting to return them and check some more.
I was able to eye some of the already checked sketchbooks while waiting and loved what I saw. So many different styles and approaches. People DARED to do it their way. I wish I had. Some totally re-bound the journal and it was visually strikingly beautiful and sometimes more than original.

People looked very happy to be there, to discover artists’ work and universes, talking to others. I saw children, people from the artistic industry, crafters, old people, men, women. AMAZING !

Some pictures for you to enjoy (click to enlarge): 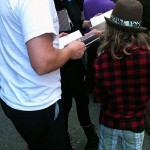 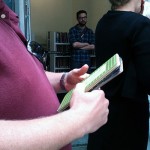 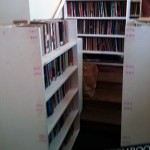 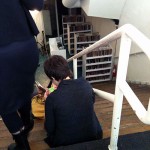 I did 2 videos back then to show you my experience, the first is the cover and the second one is the flip-through the finished journal. I will update the post when I’ll have the link to my digitalized sketchbook. Here it is:


So… after talking a bit with my husband (not that I need his approval but I love having his input regarding my stuff), I decided to sign-up for the 2012 edition. First of all, the tour is going international ! They’ll come in our city (Vancouver), in Toronto, in Australia in and England. And I am stronger as it will be the second time. Apparently they changed the journal (It won’t be a Moleskine anymore) for something with a better green impact and a better paper (mucho artists complained about the very thin paper). BUT I think a will create a journal on my own (it is not against the rules, as long as it respects the size measurements of the journal they send us).
If you want to know more about it, it’s right here.

Which ones of you participated in one of the previous editions ? How was it ? Have you signed up for the 2012 one ? Would love to know the theme you chose 🙂

A page is turned, I finished my sketchbook for the Sketchbook Project {NEW VIDEO}

Here I am, a chapter can now be closed. I finished my sketchbook for the Art House co-op Sketchbook Project 2011, I’ll send it back today to New York City. And I am on time !
If you are wondering “what the hell is she talking about”, you can read my first blogpost right here.
And for the video I made while creating the sketchbook cover, it’s just there.

During two weeks, I was sleeping, eating, thinking every free minute of the day about the Sketchbook. I want to apologize to my twitter friends for having filled my twitter feed with so much sketchbook related stuff. I am over the moon to be done, to send it on time. I am unfortunately not one of those that work so well under the pressure of a deadline coming to an end.

As promised, here is a little final video:

I can’t wait to go to the exhibit stop in Seattle, see what the others have done.
Did you know that we are nearly 29,000 participants, from 94 different countries around the World ? I can’t even imagine how it is to organize all of this.

It was a rich experience for me, but I’m not sure I’ll do it again (but I learned to never say “never” !).

Here are two different spreads (the last spread of the sketchbook will have her own blogpost soon). Don’t hesitate to click to enlarge: 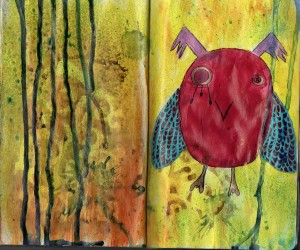 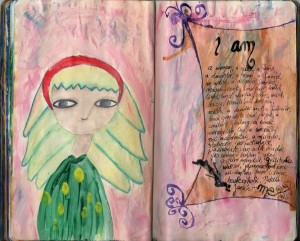 I am a perfectionnist and for some points I am kind of ashamed to send it back as it is. But I keep telling myself  “it’s a sketchbook, just a sketchbook.“. I put my heart and soul in these few pages. I wish I’d have done more (more pages, more elaborate), but I didn’t and I have now to accept it. I hope people will enjoy it that way… It seems SO different from what I saw on the website, I am a little scared.

Now, my mind is on all the other projects I want to accomplish 😉

I really had fun making the cover of this sketchbook !

I purposely staid vague about what will be INSIDE the sketchbook, but if you know my art, you can easily identify it as mine (or… I hope so).

I kept it quite simple, it does not contain too many layers, just quite a few.

Oh I have a question for you: as you may notice when watching the video, I had hard times with my Faber Castell Pitt Pens: they refused to cooperate and to work properly on my textured surface. Do you have any suggestion about waterproof pens that would also work on non-smooth surface ?

I think the video will speak for itself 😉

Here is the video, I hope you’ll enjoy !: 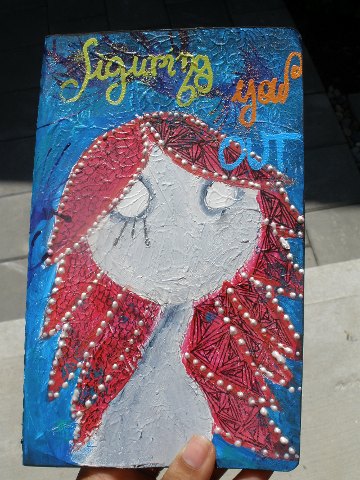 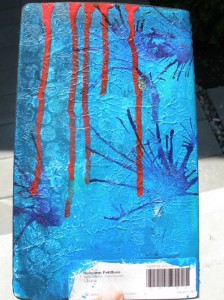 As I told you a few weeks ago, I signed up for Art House “Sketchbook Project 2011” and today, look at what the postman put in my mailbox: 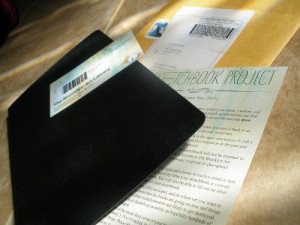 I love the stamp on the enveloppe 😀

YES, the paper of the sketchbook is like cigarette paper: really really thin. It’s good for pencils, but markers will bleed through and it won’t hold paint/collages. 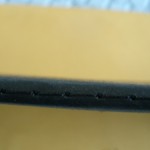 So I will have to take the pages out (and i’ll make another sketchbook for myself with it, no waste) and put some heavier paper in there. The thing is, I am not a binder. I want to, I am learning, but it’s still unfamiliar for me. It’s a simple binding, as you can see (click to enlarge… it was hard to picture, sorry if it’s still kind of blurry).

I take any help you can give to me about the re-binding (and I know it will help a lot of others who also want to do so without knowing exactly how).

Oh, and the theme I decided to work on is “FIGURING YOU OUT“. It may lead to something intersting 😀

I want also to add: don’t be afraid to join. I was. I still am. It’s huge for me, like now I can tell my Gremlins “see, I am an artist”, people will see it, I won’t keep it all for myself. You can too, and you’ll feel great when you’ll send it back for the tour and then the permanent exhibition.

It’s one of the project I do in my “being BIG & FEARLESS path”.

EDIT: question for those who participate => do you know if it’s allowed to rebind the sketchbook differently than with stiches ? for example thanks to something like the Bind-it-all ? (thanks to Kyra for bringing this up) 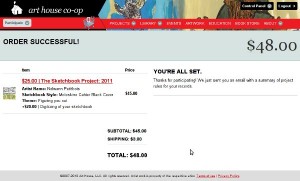 I am CRAZY ! I don’t know what emotion takes over the most: fear (of not doing in on time, of not being worthy, of wasting money and time…) or excitement (it’s a huge project !) ?!

Do you know about this ?

What it is about:
Art House co-op organizes this International project.

You have until January 15th 2011 to send your sketchbook back. Then, it will be part of this huuuuuuuuuge project, will tour the US and be part of the exhibition in Brooklyn where people will be able to see it, touch it etc.

What I like is that you have the possibility to know exactly where your sketchbook is, how many people touched it etc. Love love love !

More detailed informations on the project: The SketchBook Project 2011 features

PS: i can’t believe it !! my sketchbook has already been sent to me ! I’ll get it in about two weeks from now 😀