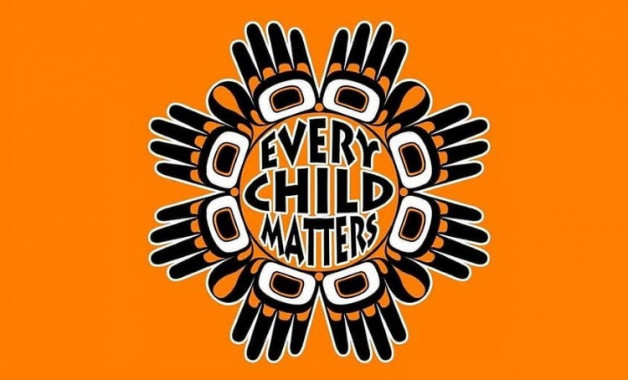 Canada’s first Truth & Reconciliation Day, the darkest past of our country

Today marks our country’s first national Truth & Reconciliation Day. Of course, Québec is the only Province refusing to make it a holiday. You know, they “already have enough statutory holidays, we need the productivity,” says Legault. Another reason not to like these assholes… I highly encourage you to click the link to the official page explaining what this is about. In 2013, the Government introduced Orange Shirt Day. But since the gruesome discoveries made earlier this year, we now have a better name for it.
I noticed that if you do not live in Canada, you might not be aware of one of the darkest parts of its history: the Residence Schools for Indigenous children.

I was so mad when my daughters actually talked to us about it the first time after discussing it at school. My husband and I did our education in France. Our history classes never mentioned it. Ever. This is an essential subject to talk about. But this is not an easy one, even when you are not directly concerned…

A little bit of history

More than 630 First Nation communities compose Canada and are still present. We do live on stolen land.

In 1894, Canada’s Government and the Catholic Church created a boarding school system all over our country. Its goal? To transform Indigenous children into “civilized” people. Over 150,000 children were forced to leave their families to attend these schools, against their will. It was mandatory to them until 1947. The last residential school actually officially closed in 1997 (!!!). These schools were purposefully built far from where the First Nations were living. With the intention to avoid contact between the children and their families.

If only it was just that… Especially during the 1950s, children were dying. Officially because of tuberculosis. However, we now know that it’s worst than that. Way too many of them died and were secretly buried. As of today, more than 6,000 unmarked bodies were found all around Canada. Recent awareness started with the recovery of 215 children in Kamloops, BC, in May 2021. It used to be the largest Residential institution in the country.

The Premier apologized publicly to the First Nations for what happened. On the other hand, the Catholic Church refuses to acknowledge its role in all of this, even though it operated the majority of the schools.

A question I asked myself very often. What now? How can I help?

LEARN & Get EDUCATED
First, we need to educate ourselves on what truly happened. Our children are taught about the First Nations and about the Residential School System at school, from a pretty young age. It’s never too late to learn and teach yourself about the history of where you live. How can we not repeat the past’s mistakes if we are not aware of them?
If you have any resources to share on the subject, feel free to do so in the comments.

LISTEN
Survivors and their families are opening up about what it was like and all the consequences it still has today. Sometimes (often), we should simply shut up and listen to others. Podcasts, books, radio talks… there are a lot of ways we can hear what they have to say.

This week has been good. And to me, it says a lot. I want to remember all the things, small and big, that create these feelings of being content. Content with myself. Content with my life. I use to see contentment as a negative feeling. Why? Probably because I associated this with giving up.

I am doing my best to use this push from Effy to blog every day this month.
September is my birthday month and for once, I am tackling it differently.
I really hope you’ll find nuggets of interesting things in my words and in what I share. I love reading your comments.
Thank you for being here. 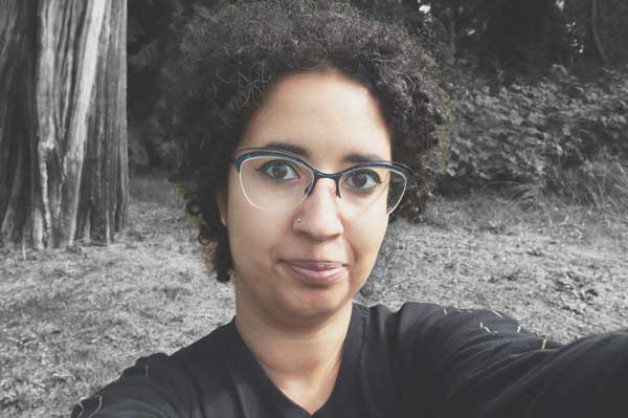 Here’s to 36! Doing what matters most to me

Yesterday (the 20th) was my birthday (even though I was born in a different timezone, which gives me two birthdays).
Pierre, my brother-in-law, is here for one more week. My husband, Anthony, took this week off from work so we could spend it together.

My type of celebration

For my birthday, I wanted to be close to the ocean and in nature so we drove to Vancouver to have a long nice walk along the Sea Wall. If you are not familiar with Vancouver, the Sea Wall is a road where bikes/rollers/pedestrians can be. It is around Stanley Park and the total loop is about 8.5 km. We did not do it all because it was started to be late for lunch (the girls are out of school at 2:55 pm, and it’s about an hour drive from the city to home) but we walked a good 6km.

You might already know that my favourite food is Japanese cuisine in general. After fighting and arguing, my husband and I settled down on having lunch at Gojiro Ramen, in downtown Vancouver (a full article is coming to my other website, Nova’s Kitchen).
I have been craving tsukemen for a while now. Tsukemen are the same chewy noodles as used for ramen. However, the broth is on the side and you dip them in it. I ordered the tori karaage tsukemen, so it came with fried chicken. Everything was so tasty! It satisfied my craving. Now, I need to find a recipe for the broth so I can make it at home.

Once home, I baked myself my favourite brownies. I am VERY picky when it comes to brownies, so now that I have found a recipe I love, I just use this one and made some variations now and then.

My husband made is cocktails, so delicious! And to close the day, we watched Birds Of Prey. I really love this movie…

This is something that I deeply believe is one of my life mission in this incarnation: figuring out who I am at my core. Not just the surface.
I have a weird passion for personality types… Even though these are general character traits, there is always something I can grab to understand myself better. In the MBTI (aka Myers Briggs Type Indicator), I am an INFJ-T. It stands for Introverted, Intuitive, Feeling and Judging; the T stands for Turbulent). It is said to be the rarest personality trait but I come across so many other INFJ women, it’s a little creepy 😉

I love this Youtube channel above and this specific video could help you understand me a little better. 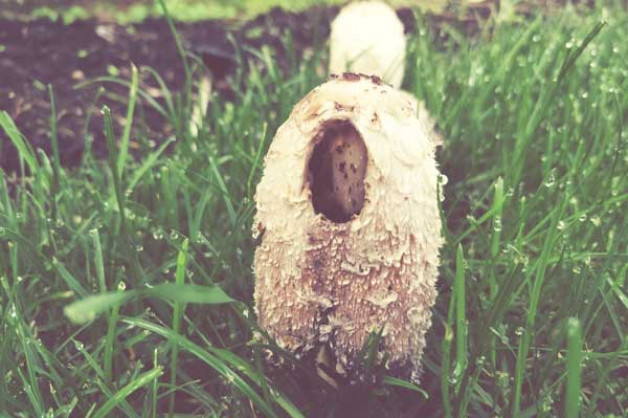 I am doing my best to use this push from Effy to blog every day this month.
September is my birthday month and for once, I am tackling it differently.
I really hope you’ll find nuggets of interesting things in my words and in what I share. I love reading your comments.
Thank you for being here. 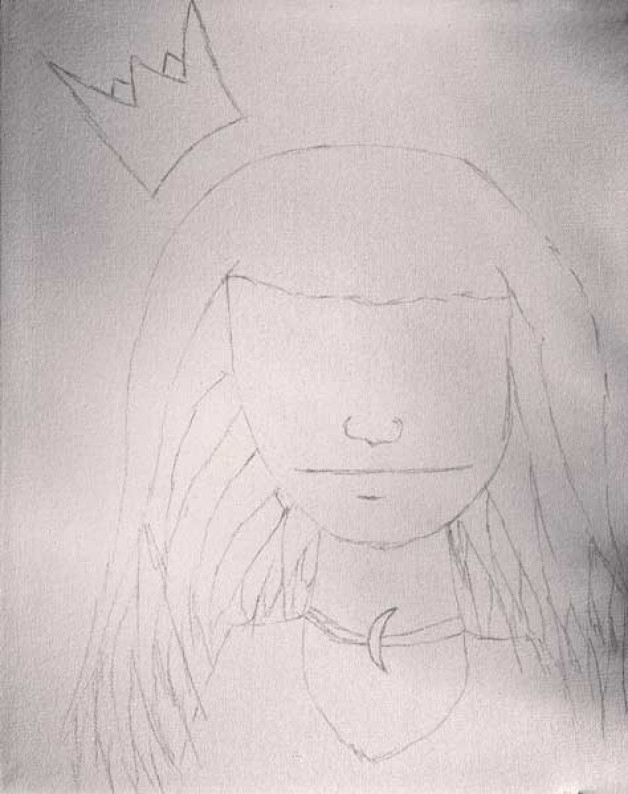 Never give up on your painting

I have to confess something: I am currently facing a huge block on my creative road. Well, this is not a secret either. Between going back to college for two semesters, work, family… moving again across Canada back to where we belong… I had to make difficult choices and one of them was to accept that I could not be in my Studio and do something there every single day. Plus, we downsized quite a lot so my current Studio space serves as the guest room as well. Meaning, there’s a bed in there taking an entire wall space.

This is also because we moved across the country that I had no other choice: to face the truth. Truth is subjective though, and right now the itch in my finger to grab a paintbrush is back. BUT when I try, nothing comes up. Nothing comes to the surface. I have still so many stories to tell, and I know the time will come.
I still have creative projects I want to birth, so this is not me giving up on painting. It’s something I need too much anyway.

When the fingers become itchy again

I do not know about you, but I notice that a lot of resistance is happening. Like my fingers want to create. They want to make something with paint and all the good stuff. But then, my brain is putting a gigantic stop sign right there…
What’s up with that bullshit?! I usually listen more to my heart and intuition than I listen to the actual thoughts but this past year? A complete reversal. And you know what? that sucks!
I exhaust myself, actually. I always find an excuse not to make art. “I need to clear my table” “I can’t paint with my canvas vertically standing up against a wall anymore.” “I do not even know where to begin…“

So you know what? I went to Michaels yesterday, invested in a new table easel that will fit a canvas up to 34″. Holding myself accountable: I will allow my Soul to gain confidence again. I will paint even though no masterpiece will be created. I will use my art journal to process because it makes sense to me. Nobody has to see what’s coming through. I can share only what I want to share (this is a big one in my world… this need to share everything).