It is no secret I was diagnosed with fibromyalgia almost three years ago now. If you are not familiar with it, fibromyalgia is a widespread pain disease. It means that the nervous system is not sending/receiving pain signals properly and something that would be felt as «moderate» pain might probably be difficult to bear for someone with fibromyalgia.

To make it simple: my nervous system decided it would be fun to get fucked up…

However, I know how lucky I have been in all the diagnosis process. Having friends suffering from it helped me to detect the signs. There were too many similarities between them and what I was going through (non-stop exhaustion like never before, and all my bones on fire were the two of the major factors) so I was able, after several months, to go to my doctor and tell her honestly «I am going through this and this and this (…), I think it may be fibromyalgia.» And I was right. 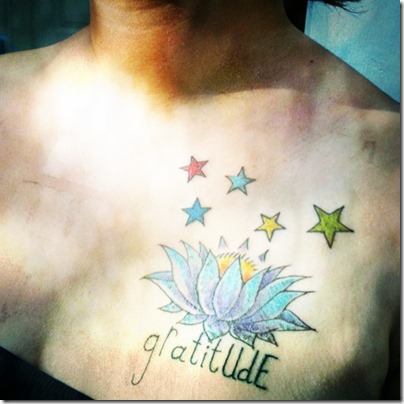 Suffering of a chronic disease, when it is something that you have not known for all your life but that kind of struck you and you know the chances of it going away are almost inexistant, is a game changer. Whatever the said disease or syndrom is.

How does Fibromyalgia is linked with my creativity ? you may ask. Well… when your body is in constant pain, it goes everywhere. I am discovering pain in a new light, as before fibromyalgia I was quite resilient to it and even after three years, I have a hard time just accepting that the way my body knows pain is now different. My hands have started to hurt badly, burning sensation, stabbing sensations in the wrists and fingers, it sometimes contracts and hurt like hell. This is when I am overjoyed to have practiced painting with my non-dominant hand. And I do practice using both my hands more equally, just in case one goes really bad eventually. Strangely, when I create, whether it is on a small 8×10” or on a bigger 30×30” one, I get to that place I guess when my body is just the shelter of my essence and I don’t feel any pain at all, until I stop. My shoulders and collar bones are not this big ball of fire anymore. I am in a flow…

I sketch more because I can do it on the couch when I have no other choice than move as little as possible.

There is so much I could say about how dealing with fibromyalgia is now part of what I create, every single time I paint, but I feel like I am more babbling than sharing so I will stop there.

And I will leave you with a bit of lyrics from the Rap God, Eminem. This song came out in my playlist while I was doing my morning walk. It is taken out of context but it just told me it needed to join this blogpost because they fit.

But you won’t break me
You’ll just make me stronger than I was
Before I met you, I’ll bet you I’ll be just fine without you
And if I stumble, I won’t crumble
I’ll get back up and uhhh
And I’mma still be humble when I scream, "Fuck you!"
Cause I’m stronger than I was.

6 Responses to Navigating through Fibromyalgia