My True Story: my canadian dream

Yesterday was a very important day for my family: we are now officially Canadian citizens. We have been living in British Columbia since January 2009, and I thought that maybe my story was worth sharing.

For me, it all began in middle school, I think I was 13. See, I was in a special program from grade 8 to grade 12 in which my studies focused on English (culture, language etc). We studied the english-speaking countries and had to do a presentation as a binome. And we got Canada. I had to do researches (which I love, the presentation itself, not so much). And I fell in love with a country far far away…

People ask me, all the time: why did you leave France ? Why Canada ?

and I can not answer, not really. There was this calling inside my guts. This knowing “this is where I belong”. I never felt French, even if I am by blood. As a teenager, I did a specific program in middle school and high school focusing on my English learning (not just the language) and I have a special mention on my high school diploma thanks to it. 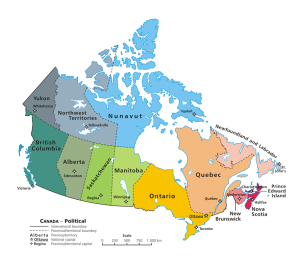 I never was shy about my desire to discover Canada. My Mom knew about it right from the start and she gave me the blessing of allowing me to dream that dream, to go for it. Even if it meant having her only daughter go live thousands of kilometers away. In high school, my class was supposed to go on a big trip to Halifax, Nova Scotia. This trip was the light in the nightmare high school was for me. It would be the first step into getting to know this country that was calling so hard. But… Ben Laden attacked NYC and our trip was cancelled, too much fear around coming anywhere near the US. This felt like someone crushed my dream, hard. But in 12th grade I talked to my English teacher about the possibility of finding a job as what we call an “au-pair”: you are the nanny of kids, live at the family’s place, they provide food etc. I found an agency specialized in placing people in families, I wrote all my file and my teacher wrote me a very nice cover letter explaining why I would be perfect. BUT I could not pay for the fees so I had to let that go as well.

At that point, I really started wondering: is that too big and too crazy of a dream ? How come every plan gets something in the way against it ?

I’ve always believed in fate and in signs. So this is where I did my best to let that dream go. Just let it go so it would not hurt as bad. Went to college, met the amazing guy who now is my husband after a year of personal hell. On our first date, or maybe the second, I told him: “what would you think of leaving France for Canada, to make our life there ?” And he smiled, telling me that he wasn’t thinking of Canada specifically but he wanted to live abroad. This is when I knew he really was the guy I prayed for.

At the time, like most French people, I was thinking East, Québec. Because it seemed like it would be easier, at least at first. But we wanted to get married, have our children born in France (even if no matter where you children are born in the world, they become French by right of birth thanks to us… still…). And we did all this, while planning how to get to Canada. Where ? We crossed Québec off of our options because of the climate (way too cold and everything) so we thought… Vancouver. All the way West but a climate we knew, mountains, ocean, not far from the US border. We came for two weeks in the Summer of 2006, we left our 10 month old Mae with her grand-parents and rented a studio for our time there. Fell even more in love.

The Ravens everywhere and the sound of the Native drums were all we needed to know deeper in our cells: this is home.

This is home… and where our second daughter, Kaly, was conceived 😉

From then, we kind of accelerated our process and sent our papers to become Resident Permanents. We arrived on January 13th, 2009 and never looked back. Yes, sometimes I want to leave here to go back to France but not because I miss it, just because I miss my family. We don’t have someone to help us out when we feel like we are running out of steam and our losing our mind. And I am afraid our daughters will eventually turn it against us, tell us we ripped their roots off. That they don’t have what their friends have: a family to go to during vacations, reunions once a year with cousins and aunts and grand-parents. They are sad now and then, I am too. But I know, still, that it was the right choice to make for our future. For our little tribe of four.

We now own a beautiful home south of Vancouver, the girls are bilingual with no french accent when they speak english. We have possibilities we would not have had if we have stayed in France. I could not thrive. Neither would my husband. We don’t have racism issues like we experienced back then because we are a bi-racial family.

And today… we are Citizens. We can say proudly we are Canadians. And still French. This will not change as long as we are allowed to keep both. The Judge who officiated the citizenship ceremony said really beautiful things about us adding to the country fullness, that immigrants are what makes Canada such a great diverse place to thrive and to be whatever we want to be. This is what we wished for our daughters all along: for them to become who they are, with no restrictions nor limit nor bound. And we are there, now.

It took me half of my life to make this crazy dream my reality, but here it is. On a 13th again (we arrived in the Country on January 13th, sent our citizenship file on October 13th and became citizens on August 13th…).

(PS: pictures will be added very soon, in the mean time you can see some on my Instagram account)

One Response to My True Story: my canadian dream